What started out as a RealFlow test for viscous fluids quickly turned into a further exploration into SubSurface Scattering to get toy and rubber-like results. Also, an initial idea for a slightly disturbing image became a friendly render of the beloved Winnie The Pooh (I think it’d due to the toy-style factor).

The beehive was modeled using the Sculpting tools found in the new demo of R14 – which luckily enough has an OBJ export feature. The Sculpting is nice and easy to use – not as thorough as zBrush or MudBox, but something super nice to have in C4D. 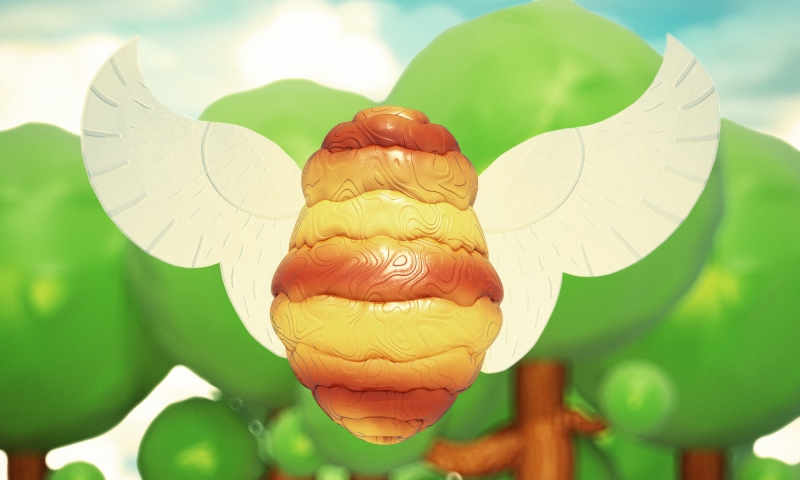 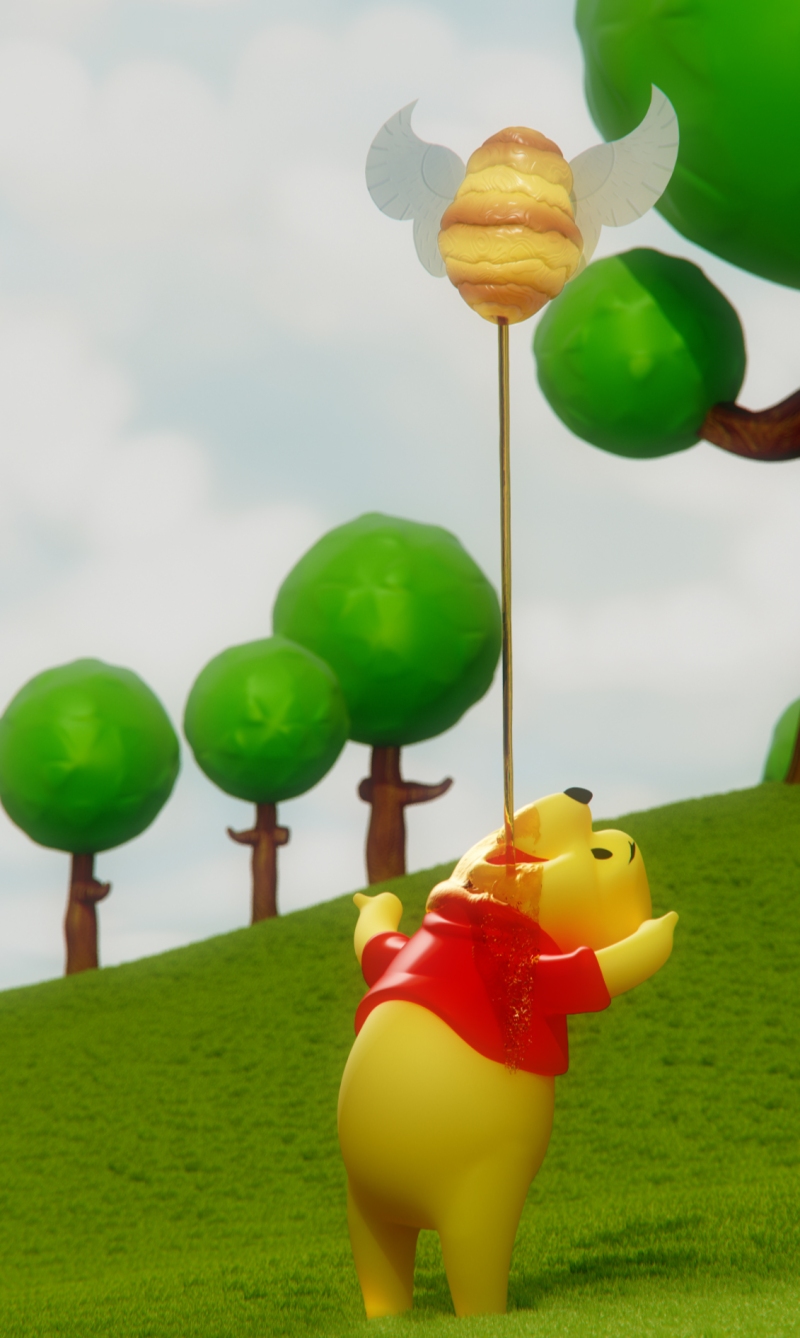 The Pooh model was a freebie from TurboSquid, and the trees were from an old SuperHeroes project that never made it. Props go to Matt Whitewood for the trees. And finally Sarah was kind enough to draw me a bump map for the wings.